The nip in the air, the shifting tones of leaves, and the resounding boom of bird scare cannons. For residents of Luther, these signs can only mean one thing: it’s pecan time. There’s an uptick in activity at Couch Pecan Orchard, opening for the season on November 15. Harvesting equipment, trucks, and laborers prepare for the influx of festival visitors hungry for freshly cracked pecans sold by the pound.

There will be plenty of pecans available this year, despite reports of a spotty harvest statewide.

And plenty of pecans will be at the Luther Pecan Festival with four Oklahoma growers coming including Miller Pecans from Afton, Benson Park Pecans of Shawnee, Deep Fork Foods from Beggs and Lazy D Pecans from Slick.

“Around the state, it is mixed. Some areas froze out from the late April freezes and won’t have anything. Others have a great crop,” says Becky Carroll, OSU extension specialist for fruit and pecans.

Weather also caused woes for harvesters. “They had to wait pretty late due to the wet conditions, and the crows are vicious this year,” Carroll says.

A nemesis to pecan growers everywhere, crows can remove a pound of pecans per day. That’s about eight ounces more than the average U.S. consumer eats in one year.

Near Shawnee, growers Deann and Jim Smith of Benson Park Pecans say rain delays took a bite out of their harvest, but it won’t slow shoppers at their retail facility. Benson Park Specialty Foods enjoys a steady business selling pecans by the pound, pecan candies, pecan butter, assorted gift baskets and tins, and pecan oil, which is cholesterol free and especially good for cooking.

In 2005, the Smith’s added pecan cleaning and cracking services to their business. “We realized there were a lot of growers like us who were spending way too much time hauling their pecans someplace else,” Deann says.

Today, there are fewer than ten cleaning facilities in Oklahoma; most are located east of I-35. Two facilities in Oklahoma provide full-service pecan processing, which includes completely removing the pecan from the shell, separating meats by sizes, sanitizing, and packaging for shipment.

Such services are just one facet of the growing industry, explains Chad Selman, president of the Oklahoma Pecan Grower’s’ Association. “The industry includes not only the growers but also those involved in handling, processing, retail and marketing,” he points out.

“Improved varieties have thinner shells that make them easier to crack and they produce more meat per pound,” Selman explains. “Size is what sells when it comes to pecans.”

Typically, the bulk of Oklahoma’s pecan production ships out of state to large food processing and packaging companies for eventual sale to the U.S. market. To beef up domestic demand, the American Pecan Council upped its game earlier this year by kicking off the industry’s first-ever advertising campaign. Branding the pecan as “America’s Supernut” appeals to the consumer preference for U.S.-grown food, while touting the pecan’s proven health benefits—high in protein, high fiber, heart-healthy, and loaded with nutrients. “It also aims to change consumer perception of pecans,” Selman adds. “Pecans are more than just a holiday nut; they’re a great everyday snack food.”

Even customers overseas are growing fond of American pecans. Currently, China is the largest buyer of U.S. grown pecans, importing 100 million pounds every year, or roughly one-third of the total U.S. pecan production. The ongoing trade dispute—and the resulting 47 percent tariff on pecans sold to China— is worrisome to growers. “China will still buy pecans, but they’ll be buying them from someplace else,” Selman says. “That’s definitely going to affect the U.S. market.”

Back home in Luther, however, it’s nuts as usual—and pecans are good reason to celebrate. Make the Luther Pecan Festival your destination on Saturday, November 17. With more artists, more music —and a lot more pecans—you don’t want to miss it. 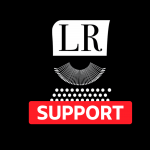 Ramblin’ Joe: The Story of Arcadia’s Round Barn on Route 66

Ramblin’ Joe: The Story of Arcadia’s Round Barn on Route 66